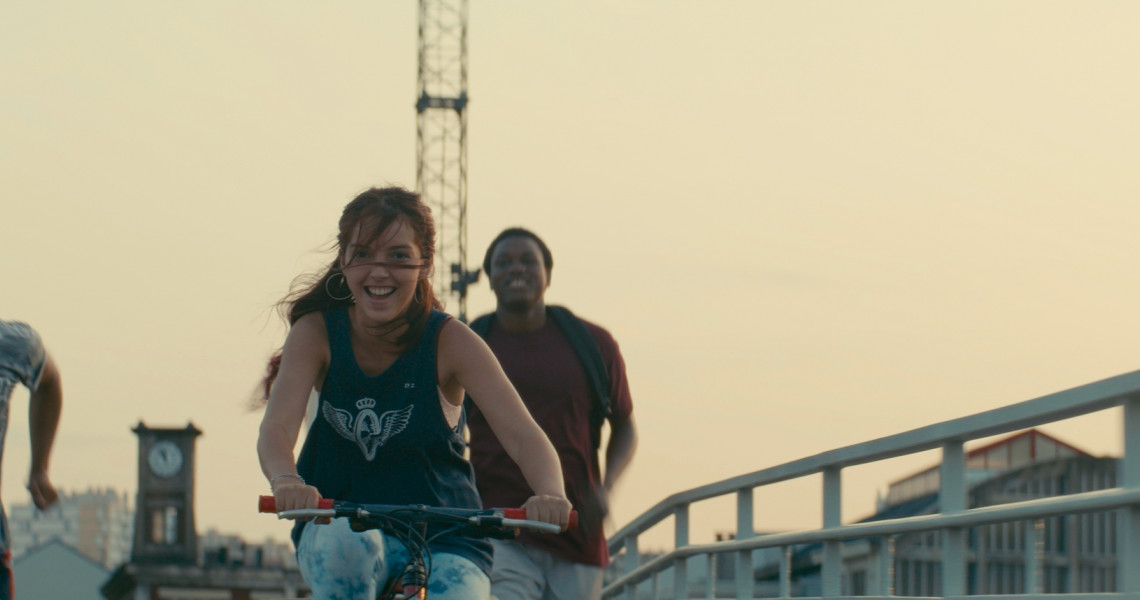 97’ / approved for all audiences

“ We spent years recording people’s reminiscences, forging strong relations with people of all ages and backgrounds. Grandparents, their children and grandchildren- three generations and multiple views on life and a single location, When you demolish a place, you destroy family histories. Everybody loses a home. ”  Directors, Fanny Liatard and Jeremy Trouilh

The movie as seen by Fanny Liatard and Jeremy Trouilh

Youri,16 , has lived all his life in Gagarine Cité, a vast red brick housing project on the outskirts of Paris. From the heights of his apartment, he dreams of becoming an astronaut. But when plans to demolish his community’s home are leaked, Youri joins the resistance. With his friends, Diana and Houssam, he embarks on a mission to save Gagarine, transforming the estate into his own “startship”-before it disappears into space forever. The film
was shot on the cusp of the actual demolition of the Cité Gagarine housing project in collaboration with its residents in Yvry-sur-Seine.

“ In our minds, Youri, the teen, and Gagarine, the building, are in a non-stop dialogue with one another.
When we came up with Youri, we pictured his parents moving into the housing project before his birth, and getting inspired to name him for the place. Youri was raised there and developed an imagination the equal of the massive highrise, The prospect of its disappearance means, for him, the death of his chidhood memories and dreams. It also means losing his beloved community.
We wanted to give a positive vision of a place and generation that are often caricatured. Youri loves his neighborhood. For him, Gagarine Cité is not an outdated utopia. It’s his present and the soil of his future. Leaving means losing everything, abandoning his family and his imaginary world. So he takes up resistance.”