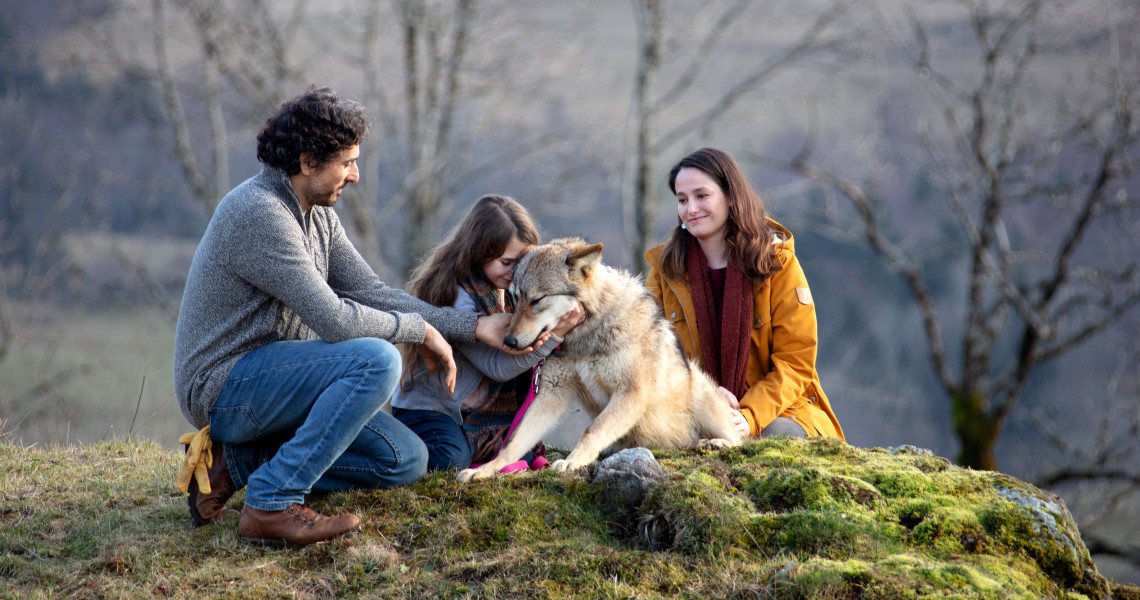 84’ / approved for all audiences

“ The magic lies in the relationship between Shanna, the 8 year old actress and the pack of wolves of which she is a member. She now belongs to their Alpha group”. Denis Imbert, Director

The Story as seen by Denis Imbert

It is the story of a girl from the city who after losing her mother relocates with her father to a small mountain village in Cantal, France . She knows nothing about the wilderness but soon she finds a lost puppy who gives her solace . As the puppy grows older it turns out that this puppy is actually a wolf. The young girl is then confronted with the adult world which hunts wolves in the French countryside.

“I dealt with three elements that one tries to avoid when writing a script : filming children,  making a two season movie ( it starts in the summer and ends in the winter) and filming animals (and not just any animal … wolves).

In the history of mankind, there have been many stories about children being raised and living amongst wolves. We all share a childhood wolf story. It is an animal that fascinates us in books, drawings and in films. Wolves are part of our culture. They frighten us when we are young and fascinate us when we grow older. In the presence of wolves we do not look at nature in the same way. This environment belongs to its master: the wolf. We reconnect with the wild part of nature of which so much has been lost. “