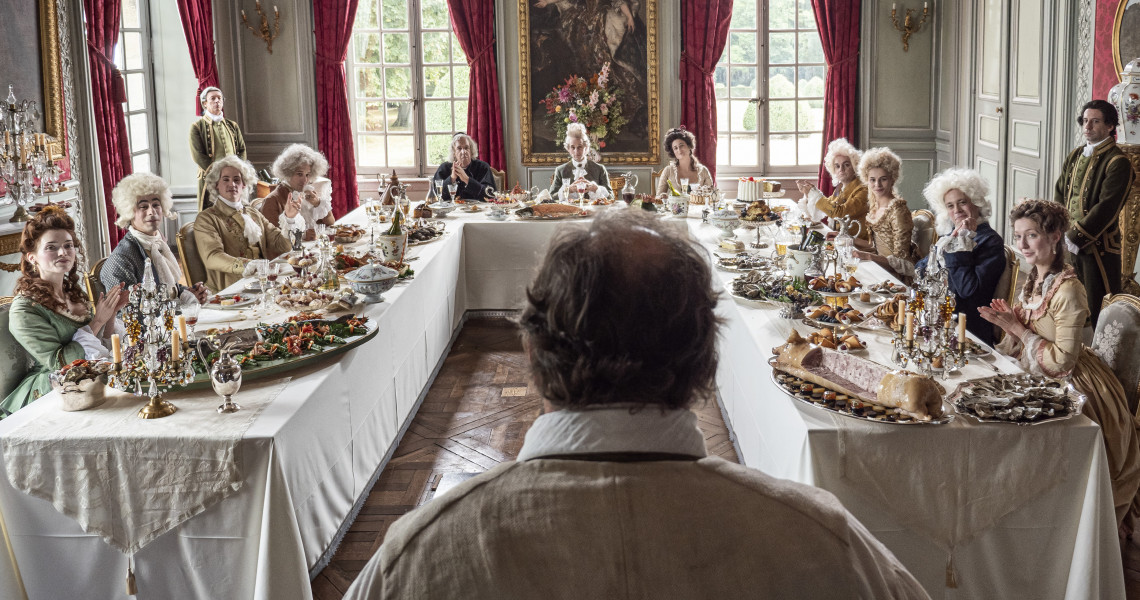 “ In 1966, my father directed the movie “ The big Restaurant” . My movie, “Délicieux”, is about the very first restaurant in France.  I did not make the connection when I was writing the script, but I obviously was inspired by my father’s movie ”. Eric Besnard, Director

The story as seen by Eric Besnard

“ Delicieux” is the story of the creation of the first restaurant in France around 1789  ( in reality, the restaurant took over 15 years to happen). But the point is how could the idea have emerged of creating a restaurant in the context of pre-revolutionary France.
The film is structured like a Western. It tells the story of a chef who has been fired.  Humiliated he finds the strength to regain his honor by opening the first restaurant. It is a movie about self awareness and self-confidence.

“ One day I read these words in a book “ during the creation of the first restaurant”. And wow. Like everyone else I thought it was a timeless concept. And I thought that it was incredible, because a restaurant is a metaphor for what movie making is about.
A chef is a director and is someone who will offer his/her creativty to viewers.
The actors are like waiters who perform  an ergonomic ballet as they serve food offering sensuality, laughs, tears or simply pleasure. Grégoire Gadebois, the actor,  never cooked in his life.  He had never even cut a carrot. I noticed his hands and we went to learn the gestures of the trade in professional kitchens with other cooks, including the kitchen of the Quai d’Orsay, “